Cause of Common Defect in Die Casting

Recently Die Casting is wildly used in industries of automobile, motorcycle, aeronautical and space and space technologies. In Die Casting production, sometimes there may have problems and the reasons are a variety. Having realized the reasons may exist, we put forward effective and feasible improvement measures to improve quality.

In the forming process of die casting

Some die casting parts are incomplete and are called undercast. When the badly cast parts are serious, the shape of the casting cannot be regarded as the drawing requirements. It is usually not allowed to exist for the undercast.

The reasons for the failure are:

When the pressure is insufficient, the metal solidified at the front of the flow is premature, resulting in the failure of the Angle, deep concave, thin wall (even thinner than average wall thickness) and cylindrical hole wall.

The mold temperature is too low.

The alloy is too low in temperature.

The watergate position is not good, forming large flow resistance.

2. The gas is obstructed

The surface of the cast part is smooth, but the shape is irregular.

It is difficult to open an overflow system where gas accumulates.

When the molten metal flows, the turbulent flow is intense.

3. The mold cavity has residue

The amount of coating or spraying method is improper, causing local coating deposition.

The forming part of the forming part is too large, or the sliding coordination gap is too large, and the filling is filled with metal, and the casting is not taken out completely and it is presented in the gap. When the kind of sheet metal and convex in the peripheral surface is more, and in the case of clamping will just our into suitable for casting wall thickness, the height of the castings produced at the later through the groove(for wall thickness).This penetrating groove is a special form of undercast. This kind of undercast phenomenon occurs in the case of the deep cavity which is composed of parquet.

In the vertical Die Casting machine, it is not enough to remove the nozzle of the nozzle when it is pressed, causing a series of poor filling conditions.

The base of the casting is damaged or disconnected, forming elongated gaps, showing irregular linear shapes, and developing trends under the action of external forces which are called cracks. Cracks are not allowed in die casting process.

The caused of crack are :

The thick wall on the castings is transformed from the thin wall.

There are not enough rounded corners on castings

The placement of putt on the castings is not enough, and the distribution of the putter is uneven

The design of the casting was not considered in the design, and the stress was torn in the contraction.

2. The surface quality of the molding parts is not good

The molding surface is dented in the mold direction and the casting is torn apart.

The molding part of the assembly inherent bias, block the casting out.

The casting structure is not reasonable, there is a hot section, and it is solved.

The wall thickness of the cast changes too much

Filling process, when the molten metal flow kinetic energy is sufficient to produce splash or although gathered into a beam, the conditions of the linked too closely. The boundaries-solidified layer is ‘’evacuation effect’’, which is in this state of metal in the subsequent covered with metal mainstream before early solidification, as a result, it forms texture on the casting surface, this is the common stripes on the die casting. Aluminum alloy castings are the most obvious, but on the wall of a large area of casting, more prominent.

Of stripe for chemical, a spectrographic and metallographic study found, stripe and casting itself the same chemical composition, but the stripe is not silicon segregation, dross, defiled, nor the other chemical nature of the alloy, The depth of the stripes is only o0.08-0.20mm. Sometimes stripes have clear boundaries, sometimes streaks and castings, and there is no visible transition. The microstructure of the stripe is basically no different from the main organization, but it’s more nuanced. For aluminum alloy, the aluminum-silicon eutectic tissues in the stripe are more detailed, and so are the intermetallic compounds in the alloy group. The streaks also present a lack of silicon, but no chemical differences are found. In a more stripy tissue, silicon is not distributed the same way. Since silicon is darker than aluminum, the stripes often appear darker. 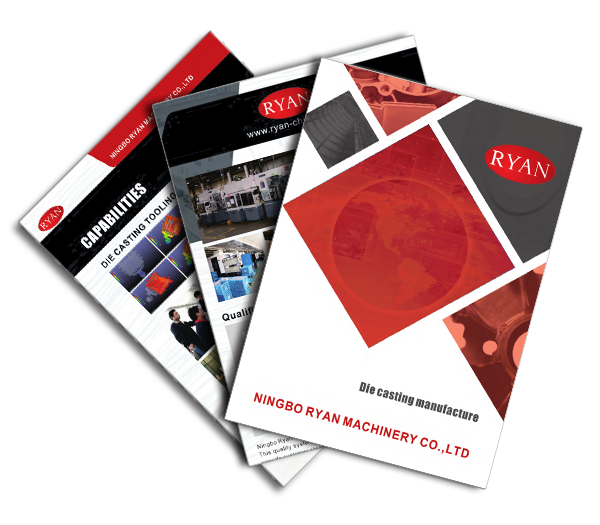